The Queen of Pentacles from Endorphin.es is a complex 7 voice analog drum/percussive synthesizer module based around:

The new Queen of Pentacles covers the range of Dance/EDM/Techno music styles and is inspired by the famous TR-909. Endorphin.es did it in a smart way.

The module offers seven drum sounds. Three drums are analog – bass drum, snare drum and clap. The other four drums are sample-based. Just .wav files playback directly from a microSD card with additional volume envelope, decay and pitch control. Those are simple modifiers but help you to shape the sounds played as one-shots.

A brief history and description of Buchla banana cables and jacks and the pragmatic inspirations for their colors as presented by long-time Don Buchla associate, Joel Davel.

We are excited to announce a new product from the french company TouellSkouarn.

The Strakal Silisiom is an 8HP Fuzz module using russian NOS silicon transistors. Available at the end of September!

Have a listen to this example with a Roland SH-101: 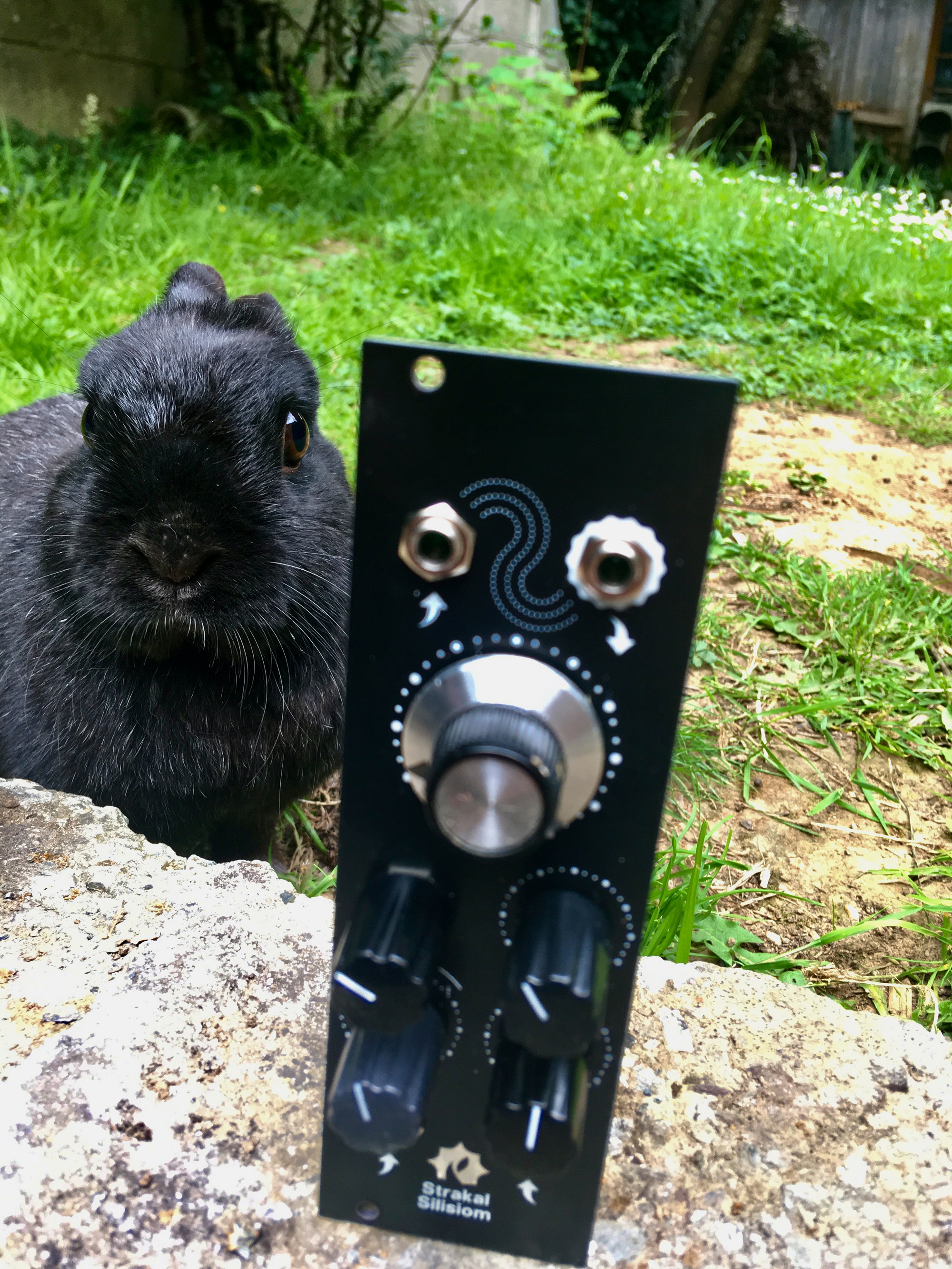 The Eowave Fluctuations Magnétiques is a quad multimode filter.

The module is composed of four identical filters arranged in pairs (A/B and C/D). The circuits feature high-pass, band-pass and low-pass modes with a slope of -12 dB per octave. Routing options allow serial or parallel operation. Level potentiometers at the input stages make it possible to generate asymmetrical distortion. By connecting several of the VCFs in series, users can create filter types with a slope of up to -48 dB per octave. For modulations, there are several CV inputs.

The basic character of the module is gentle and very musical. However, with high input level settings, it is also possible to achieve beefy, rather rough results. The circuits can’t self-oscillate, unless the user patches a feedback loop. Additional sync switches allow users to control all cutoff parameters with just one potentiometer.

In this video we explore various scenarios, from classic filter duties to fourfold filter pings!

The Animal Factory Amplification Orobas is a dual tube amplifier that is composed of two identical channels which can be used in parallel or in series.

The Screen CV input determines the gain and the sound characteristics.

The Suppress CV input is normalized to the input signal if nothing is connected. The purpose of this input is to direct electrons reflected from the anode back to the anode. Audio Rate Modulation is also possible here and a bit milder than with the Screen CV, but still effective.

In this video, we show the Orobas in various situations, as a VCA for monophonic synth sound and chords or as a distortion for beats from a drum machine.