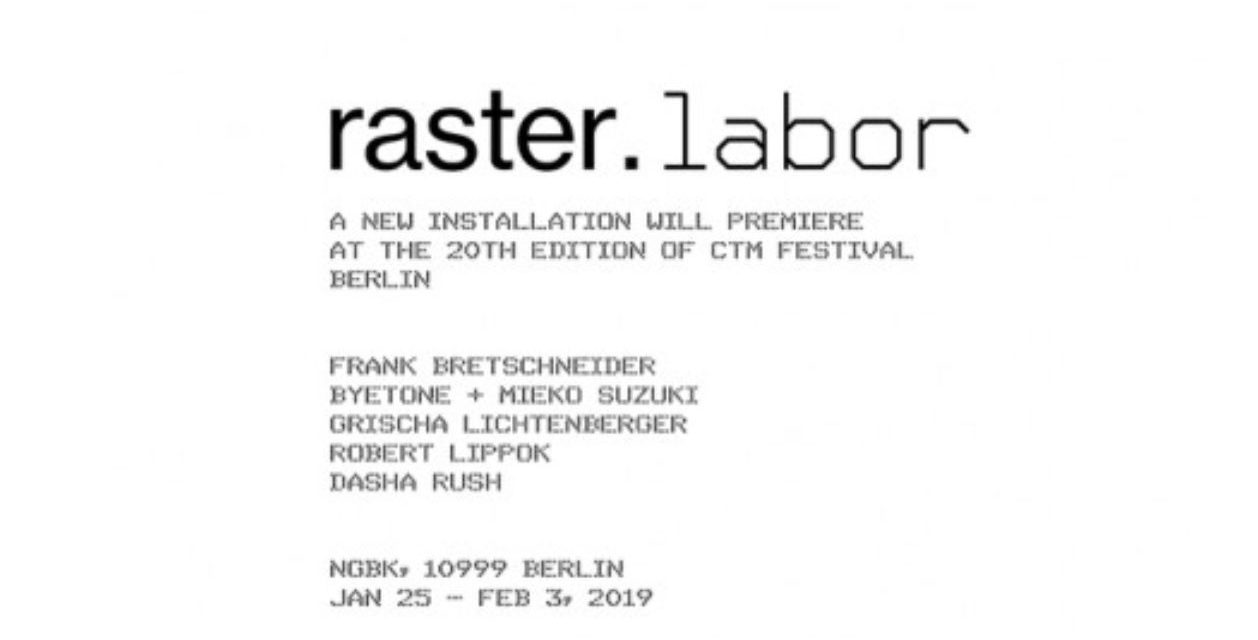 Raster.Labor is an installation project for generative compositions centered around a modular synthesizer. The modular system is the basic control unit of the generative installations and is to be complemented with additional machines and objects. This is where the artists where free to express their visions. Byetone + Mieko Suzuki, Dasha Rush, Frank Bretschneider, Grischa Lichtenberger, and Robert Lippok where asked to select sound sources themselves, which could range from minuscule to gargantuan sonic objects. They may choose to mechanically generate sound, or to integrate microphones and amplify sound – as the setup does not contain any sound producing components. Five tables with minimal Eurorack setups and a handful of studio monitors form the basis of the piece. The analogue hardware generates and manipulates control voltages, forming a framework in which the artists can complete, connect, and interact with the modules. For the selection of the modules Raster was supported by SchneidersLaden.

On Friday 25th of January the installations will premiere at the CTM Festival.

This year again Alex4 will be represented at the NAMM Show with a big booth.

This year the focus will be on the fun of modularity. Small daily concerts will show the visitors the different possibilities of the modular system: for example besides the classical use as a defined synthesizer you can hear how the modular system can be used as drum machine, processing or effect box.

We are looking forward to an exciting time with many visitors!

We wish everyone happy holidays and all the best for the new year.

Get your discounted tickets for SUPERBOOTH19 now!

The pre-sale for SUPERBOOTH19 has started. Until the end of December you can get the Early Bird tickets for SUPERBOOTH19 at a special price. The international trade fair for electronic musical instruments expects 250 exhibitors from all over the world. The fact that the annual event is more than just an ordinary trade fair has been proven again and again. From 9-11 May there will be dozens of concerts, workshops and presentations every day in the FEZ Berlin.

Electronic music and Berlin – that fits. SUPERBOOTH19 once again puts electronic sound generation at the center of the world’s largest trade fair of its kind. The trade fair has thus become a real highlight, both in Berlin’s calendar of events and in international perception, which not only excites the exhibiting companies.

For many exhibitors and guests the way to SUPERBOOTH19 leads via the free boat shuttle from Berlin-Mitte. This makes the journey to the FEZ Berlin, which is located a little outside the city, a city tour on the water and very easy. Here is also the first opportunity to have a chat and make contacts.

Organizer Andreas Schneider is delighted about the great response from all sides and the many exhibitor enquiries for SUPERBOOTH19: “Of the exhibitors from this year, 80% have already confirmed their renewed participation. Therefore we are also looking for new exhibition space in the FEZ Berlin to confirm the still open inquiries of new exhibitors and to accommodate the expected 8000 guests”.

The tickets can be found here: https://www.superbooth.com/en/tickets_en.html

Snazzy FX featured in the SynMag 71 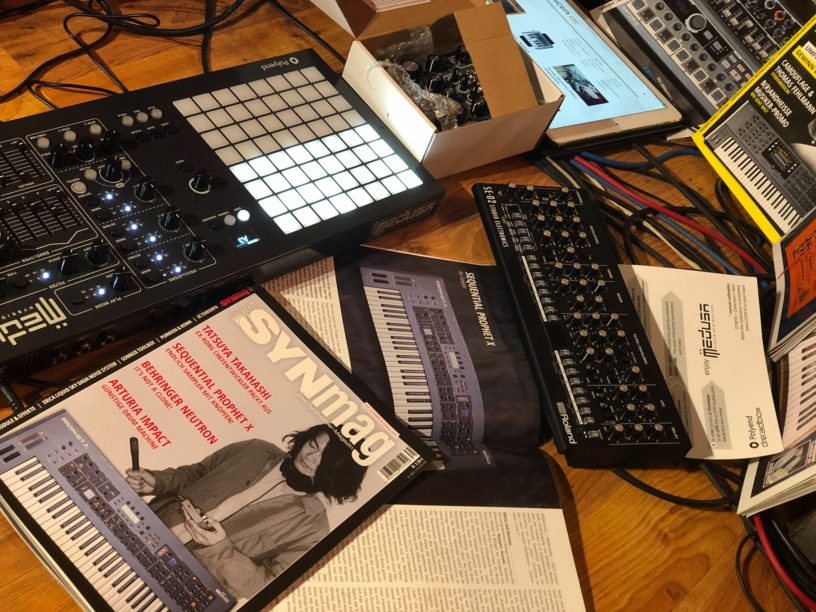 In the newly released Synmag 71, you can find a detailed report about Snazzy FX pedals and modules starting on page 24. Dan Snazelle from Queens in New York built cool, psychedelic guitar effects in the beginning, and for some time now he has been designing unusual Eurorack modules. His front panel designs are legendary! The modules are now also available from us. Have a look here!