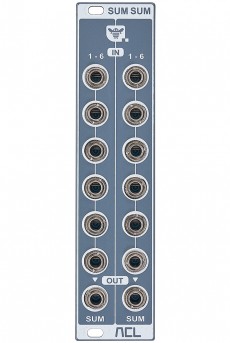 The ACL SUM SUM consists of two rows of six inputs that are summed into one output each.

The internal gain of each row can be switched between Unity gain, a gain of 0.5 (-6dB) or 0.33 (-9.5dB) using convenient dip switches on the back of the module.