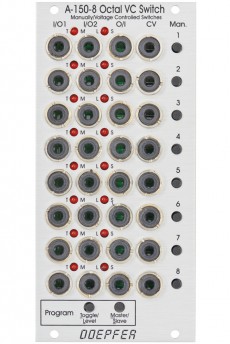 The switches are bi-directional, i.e. they can work in both directions, so can connect one input to either of two outputs, or either of two inputs to one output.

Two LEDs show which in / output is active (i.e. which is connected to the common out / input). In addition the LEDs are used for the programming of the module.