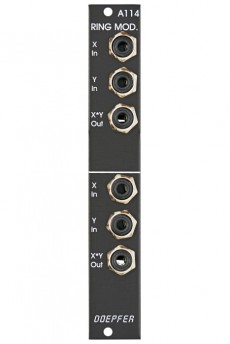 A ring modulator is used for the production of bell-like sounds, alien voices, or just to produce new timbres.